Nancy Thebaut is a historian of European medieval art and architecture, and her research focuses on the interplay of works of art, ritual practices, and theology from 800-1200 CE. In spring 2019 she completed her University of Chicago dissertation, “Non est hic: Figuring Christ’s Absence in Early Medieval Art,” which studies liturgical objects made ca. 950-1050 in which Christ is visually absent or partially obscured. While working on the dissertation, Nancy was the Kress History of Art Institutional Fellow at the Institut national d’histoire de l’art and a Mellon Curatorial Fellow at the Art Institute of Chicago, during which she curated a small exhibition of medieval manuscript cuttings. Beyond the Art Institute, she has also worked with curators at the Musée Carnavalet and Musée de Cluny on the reinstallation of each museum’s permanent collection. Nancy’s academic interests extend outside the Middle Ages, too; she has researched and published on the work of feminist artist Judy Chicago, for whom she briefly worked as an assistant, as well as on that of so-called ‘outsider’ and self-taught artists Joseph Yoakum and Eddy Mumma.

As a NOMIS fellow, Nancy will begin transforming “Non est hic” into a book, conceptually expanded in several major ways. She is also continuing to work on article-length projects that have emerged from her dissertation research, including the study and photography of early medieval Rückenfiguren on Carolingian and Ottonian ivory carvings.  Prior to her PhD, Nancy studied at the Ecole du Louvre (Diplôme de muséologie), the Courtauld Institute of Art (MA), and Agnes Scott College (BA). She will begin teaching at Skidmore College as Assistant Professor of Art History in fall 2020.

As a NOMIS fellow, I am working on my book manuscript for “Non est hic: Figuring Christ’s Absence in Early Medieval Art,” which is based on but significantly expands my dissertation in Art History from the University of Chicago (defended in April, 2019). The project examines works of art made ca. 950-1050 CE in which Christ’s figural absence is thematized visually or his figure is deliberately obscured from the beholder.

Christ’s absence from earth was a focal point for medieval Christians: according to the Gospel accounts of Christ’s life, Christ’s incarnation on earth culminated and ended in his bodily Ascension. After Christ’s Resurrection, he appeared repeatedly in a glorified embodied form to his followers. This period of miraculous corporeal presence came to an end with his ascension to heaven. Following Christ’s bodily departure, Christians believed that Christ would remain bodily in heaven until he returned to judge the living and the dead at the end of time. A central point of access to Christ’s presence on earth for most devotees came in the form of his “real presence” in the Christian ritual meal of the Eucharist. For medieval Christians (as for many today), Christ’s absence from earth and presence in heaven was a central but challenging tenet that could not be confirmed by sense experience.

Around the year 1000, artists began to respond to the aesthetic and theological challenge of representing Christ’s absence in new ways. At this time, I argue, artists experimented with new iconographic and formal models to figure Christ’s visual absence and also qualify it, not least by visually asserting that the institutional and mystical body of the church became a christological proxy, or persona for Christ on earth. I examine this development—at once art historical and religious—in a series of objects produced for use in Christian liturgy or ritual, precisely the context in which new claims for the exclusive sacredly mediatory role of male, clerical elites were being promoted.

My project contends with the widely held understanding that early medieval works of art were, first and foremost, intended to propel the beholder’s mind beyond the material image to ineffable or invisible divine mysteries. I argue that artists figured Christ’s absence without negating the art object through highly creative formal, material, and iconographic means. 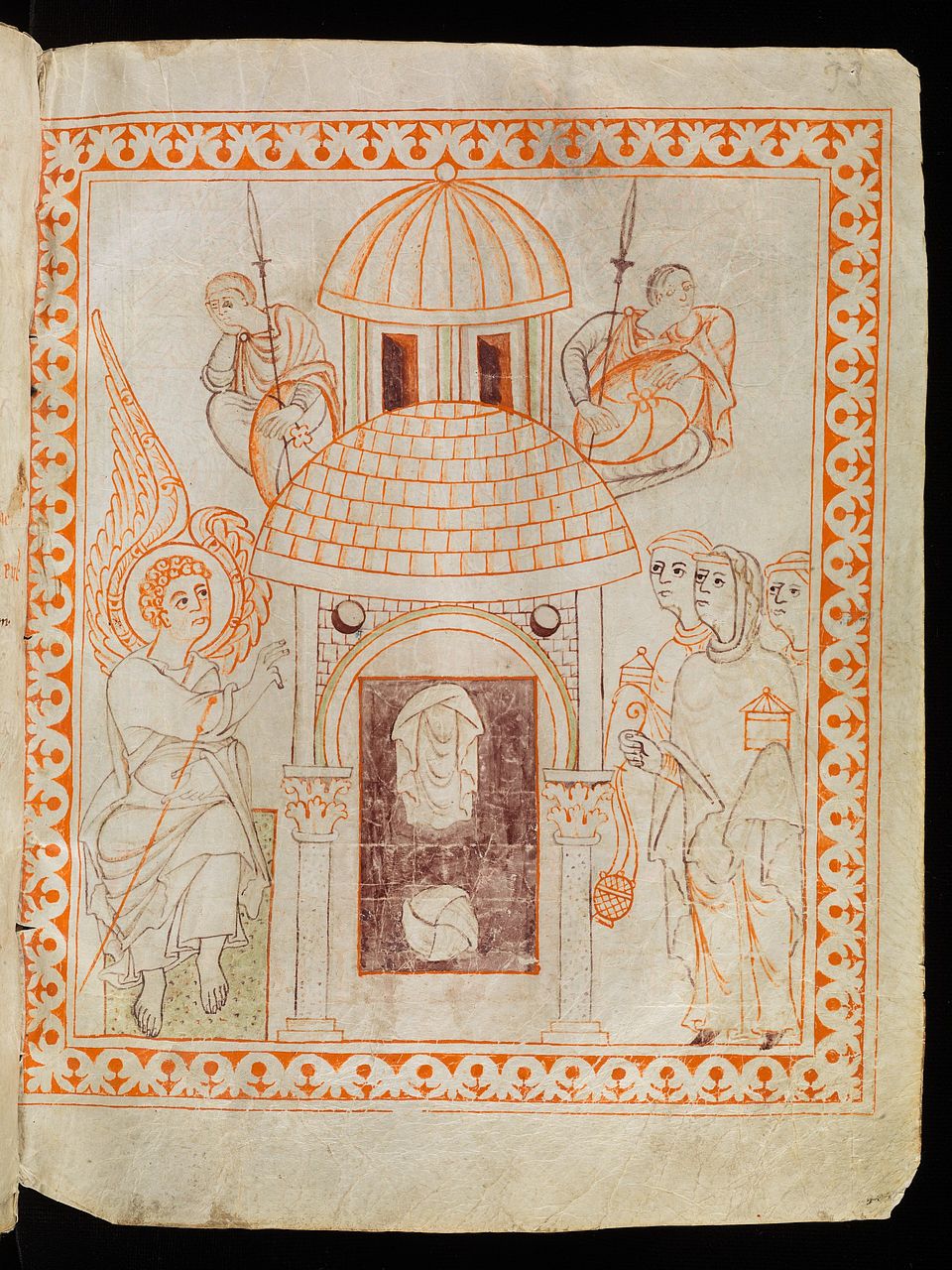