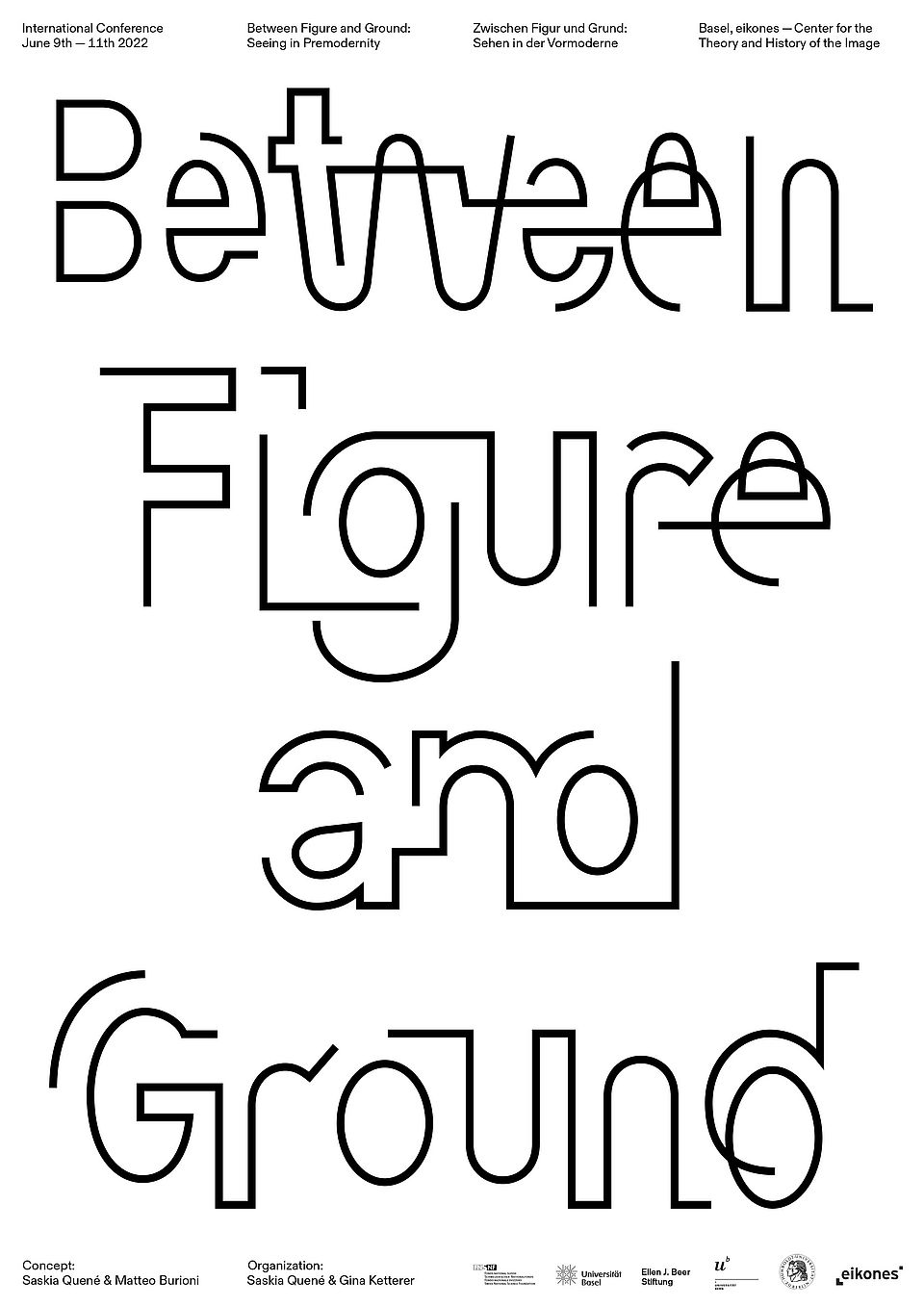 The terms “figure” and “ground” became fundamental to art critique, art historical scholarship, and academic writing over the course of the twentieth century. However, to what extent this dichotomy is suited to describe premodern art remains largely unquestioned. To bridge this gap, the international conference “Between Figure and Ground: Seeing in Premodernity” brings together art history, image theory, Bildwissenschaft, historiography, and methodological reflections. It aims to critique and expand vocabularies used to describe, analyze, and interpret medieval and early modern artifacts. Eight sessions over the course of three days offer the opportunity to productively revise anachronistic attachments to modernist paradigms. What can be seen and described between picture planes and pictorial spaces and thus between figure and ground?