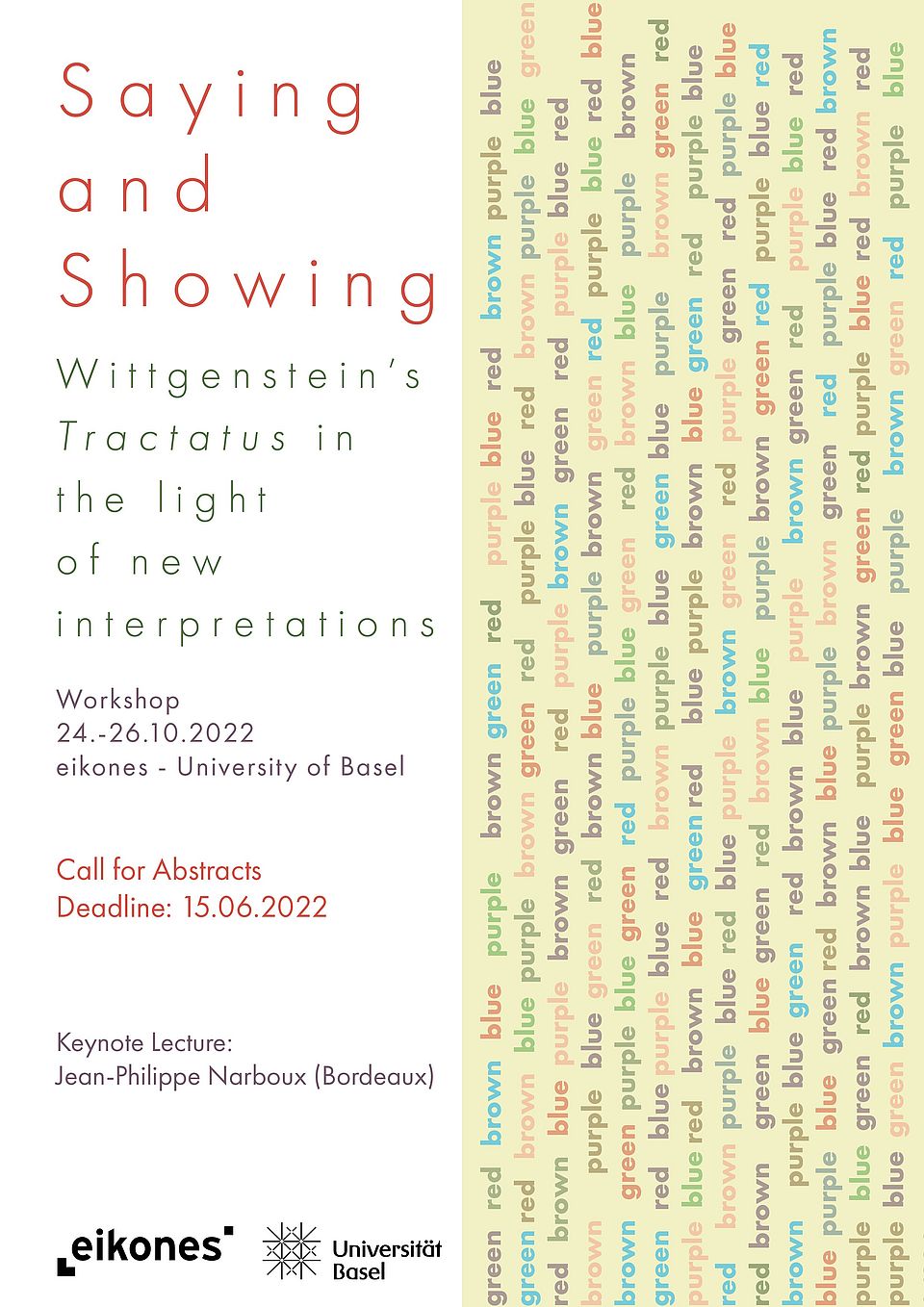 Format: Prof. Dr. Jean-Philippe Narboux (Bordeaux) will give a keynote lecture and will supervise the workshop as a senior expert. The workshop addresses especially researchers in the early stages of their academic career. There will be 6-7 slots for pre-doc presentations and 3-4 slots for post-doc presentations. The conference will be held in English and German.

Place and Time: The workshop will take place at eikones, the Center for the Theory and History of the Image, University of Basel, from the 24th-26th of October. It is planned as an in-person event, subject to change due to the pandemic situation.

Call for Abstracts: For submission, please send an abstract of your talk (maximum 500 words, English or German) by the 15th of June 2022 to joachim.rautenberg@clutterunibas.ch. For invited speakers, cost for travel and accommodation can be reimbursed up to a certain amount.
The keynote lecture will be public. If you plan to attend the workshop without giving a presentation please send a short application (motivation letter & CV) by the 30th of September 2022 to joachim.rautenberg@clutterunibas.ch.

The sentences of our language possess meaning in that they say something. But they have significance also in a quite different manner: they show something. The distinction between saying and showing is known as one of the most influential doctrines of Ludwig Wittgenstein’s Tractatus logico-philosophicus. It has found an echo beyond the boundaries of philosophy in a variety of disciplines, such as art history, literature, and image theory.

The distinction between saying and showing has often been understood to be closely connected to the declared aim of the Tractatus to draw a limit of what can be said. In this view the contrast of saying and showing aims at the limitation of the sayable. What can only be shown lies beyond the limits of language.

According to this widespread interpretation the distinction of saying and showing leads immediately to the debate regarding sense and non-sense. The question what non-sense might be has dominated the reception of the Tractatus over the last decades and let the say-show-distinction fade into the background of interest.

More recent interpretations, however, have emphasized the importance of this distinction as a distinction in its own right. The workshop is dedicated to questions which have been raised by the renewed interest in Wittgenstein’s thoughts on Saying and Showing and aims to include a variety of perspectives. To mention just a selection of topics the workshop is going to explore: Is it necessity to understand the distinction between saying and showing in a contrasting way? Does what shows itself lie beyond the limits of what can be said? Or is “showing” a characterization of the specific way language itself is present to us? Does the concept of the phenomenon, as that “which shows itself”, allow for an elucidation of Wittgenstein’s idea of showing? Or does “Showing” hint at a yet unexplored concept of self-identification of symbolic expressions that leaves the philosophical paradigm of reflexion behind?

Besides the results of recent research on these questions, the philosophical-historical findings of ancestors of the saying-showing-distinction will be considered, as well as investigations of its possible legacy in Wittgenstein’s later work. Contributions are welcome which build bridges to other contemporaneous currents of Wittgenstein’s work, such as the phenomenological tradition, as well as to other disciplines, like symbolic theory and picture theory. In a joint enterprise we would like to address, among others, the following issues: