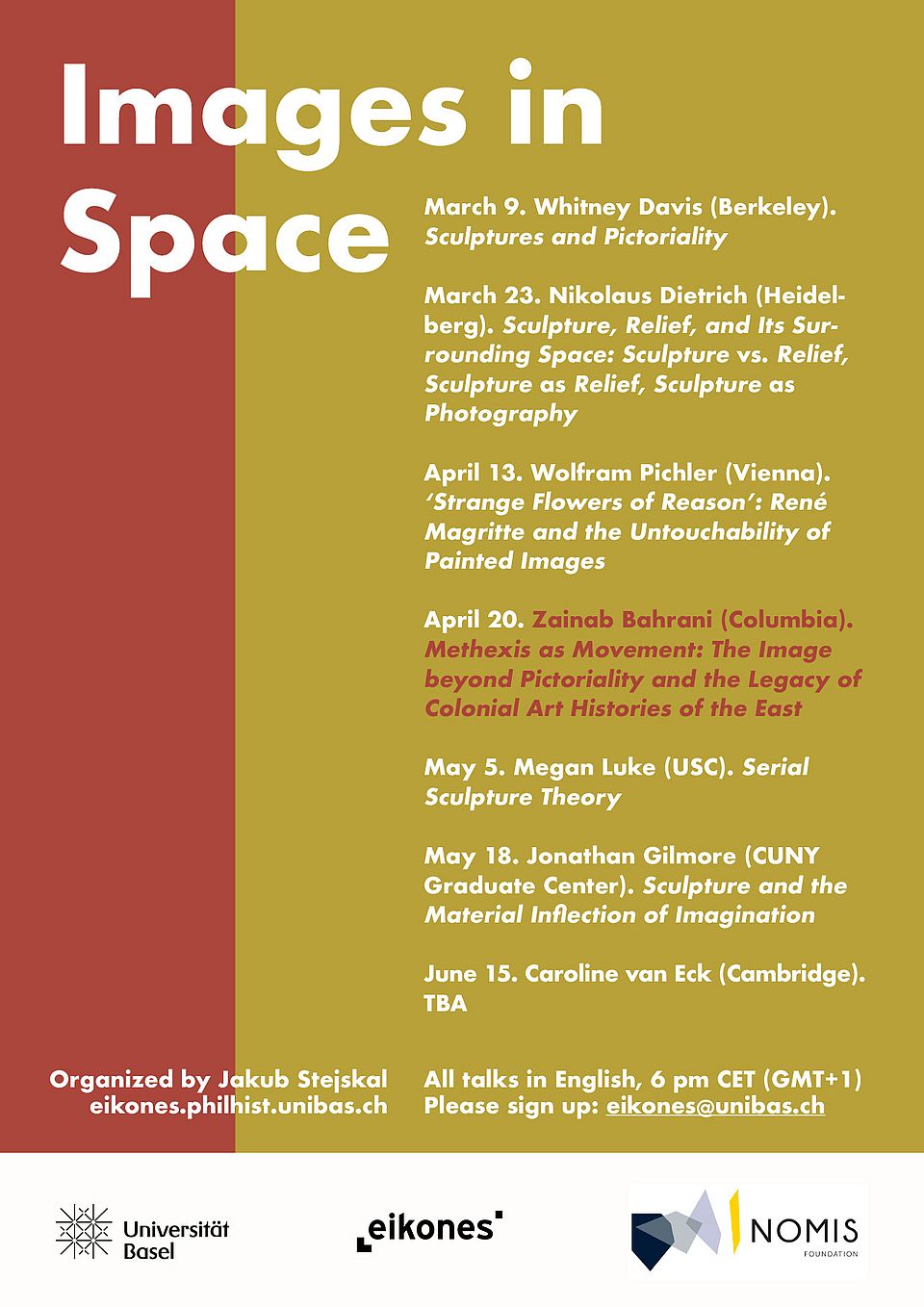 Abstract: Methexis as Movement: the image beyond pictoriality and the legacy of colonial art histories of the east (from Zainab Bahrani)
This lecture takes methexis as a way to unhinge the processes of representation relied upon in art historical explanatory models. With an aim to disrupt and trouble this field of knowledge, it takes the position that stepping out of pictorial space is both a way to give due attention to the early forms of sculptural presence in Mesopotamia, and also to step out of the constraints and limits of a fraught discourse of ancient art and aesthetics that is weighted by its own colonial history.