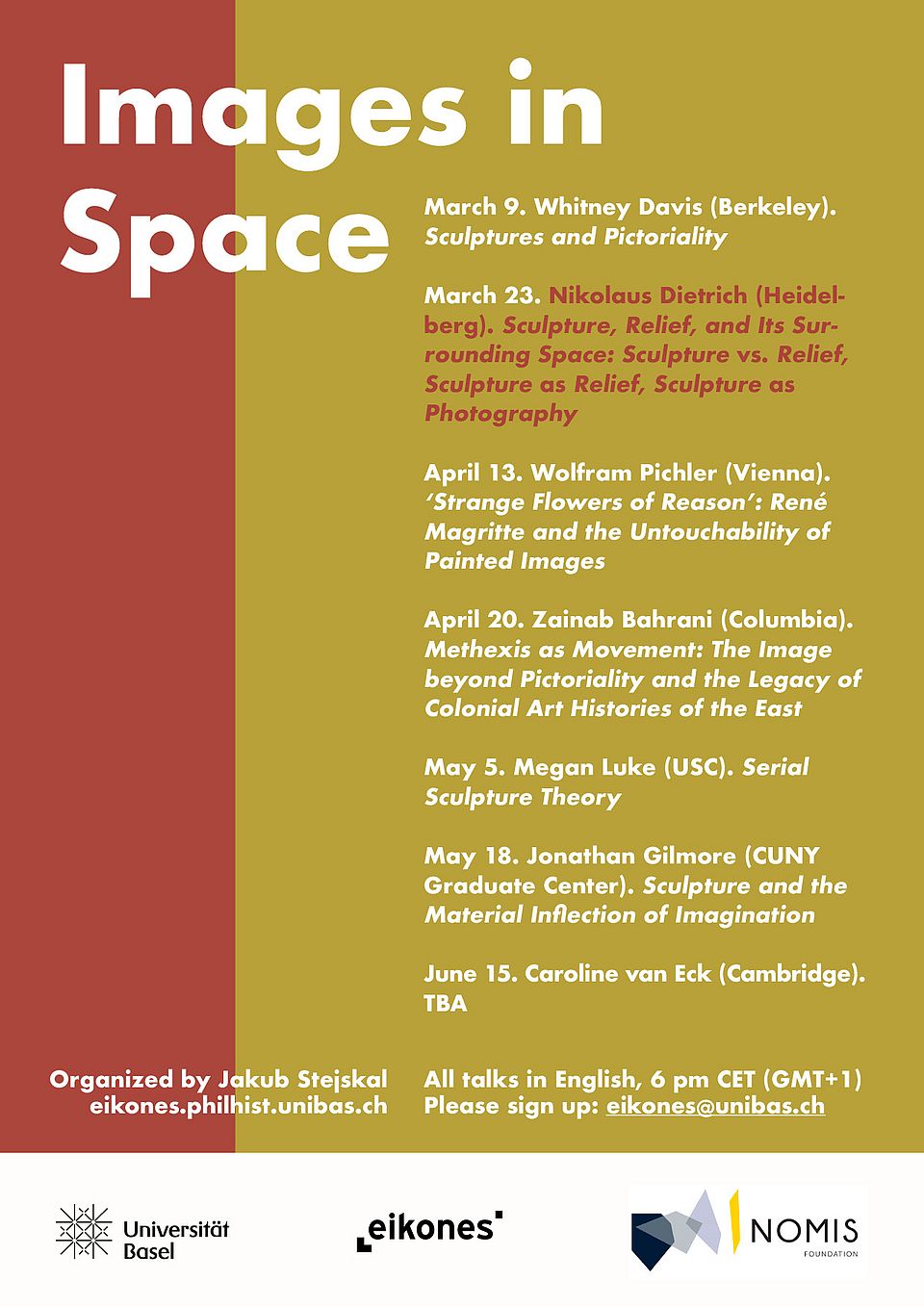 Abstract: Sculpture, Relief, and its Surrounding Space: Sculpture vs. Relief, Sculpture as Relief, Sculpture as Photography (from Nikolaus Dietrich)
While a three-dimensional statue may in principle be photographed from any angle, some views being more pervasive and others less, a published photograph of an Attic grave relief not in a frontal view can hardly be found at all. It seems as if relief sculpture asks for a frontal view, while sculpture in the round presents itself to the viewer wherever s/he stands. However, since late nineteenth century, there are attempts, especially in German classical archaeology, to limit the range of ‘possible’ views on free-standing sculpture too, by defining for every statue a ‘Hauptansicht’, thereby in a certain sense turning sculpture into relief. As I would like to show in my paper, such a conceptualizing of sculpture as relief draws back both to the most influential theoretical text of the sculptor Adolph von Hildebrandt Das Problem der Form in der bildenden Kunst (1893), and to the rise of photography as the chief medium of illustration of sculpture. Moreover, I would like to explore the crucial role, within the ancient aesthetic experience of relief sculpture/sculpture in the round, of ‘bad’ views not in frontal perspective/removed from the ‘Hauptansicht’.