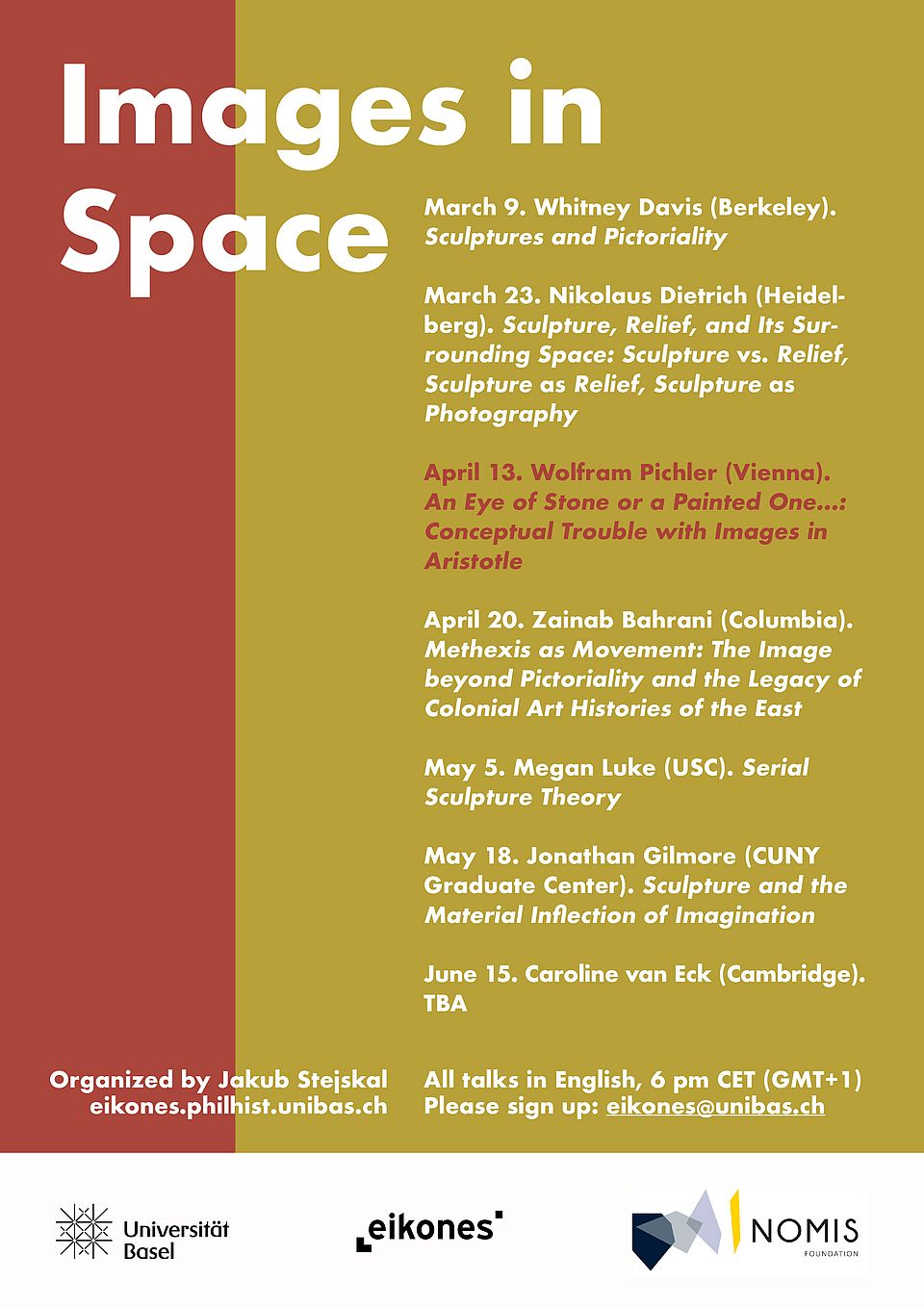 Abstract:  "An Eye of Stone or a Painted One...: Conceptual Trouble with Images in Aristotle" (from Wolfram Pichler)
At the very beginning of his famous Categories, Aristotle claims that if a painted man is called an ‘animal’, this word doesn’t have the same meaning as when it is used to conceptually grasp a man of flesh and blood. Analogous claims can be found in various places of the Corpus Aristotelicum. They are full of theoretical puzzles. Commencing as a commentary on some of them, the talk will eventually have to deal with questions such as: What, exactly, is an eye of stone? Or a painted eye? And where can such things be found?