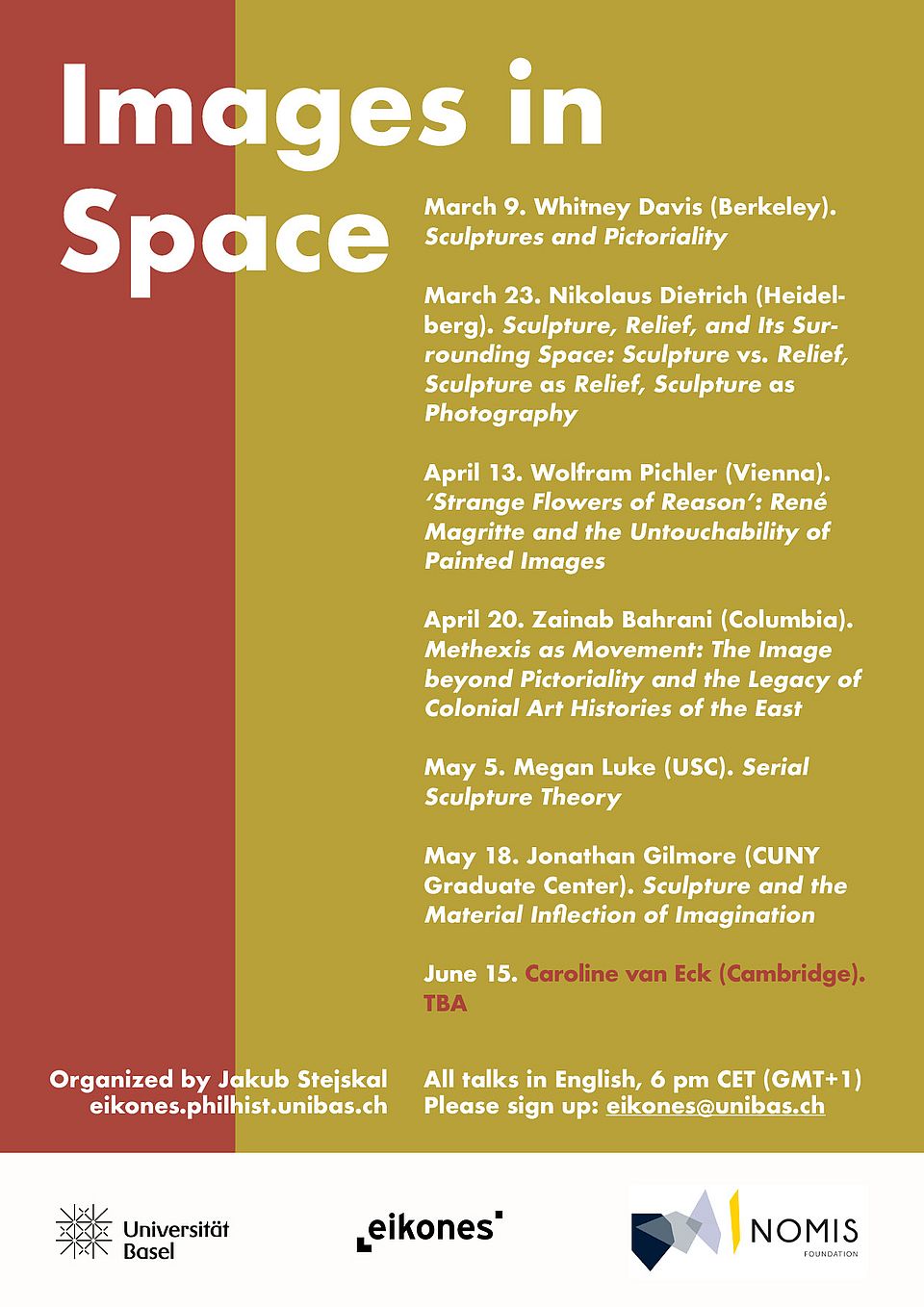 Abstract: 'Ah, je me sens': sculpture viewing in Rome and Paris around 1800 (by Caroline van Eck)
'Ah, je me sens': this is what Pygmalion's bride exclaims in Rousseau's melodrama Pygmalion when the transformation from inanimate statue to living, conscious being is achieved. It would be echoed many times in the final decades of the eighteenth century, but not so much by statues coming alive as by viewers who would touch statues, and in doing so felt themselves to become fully alive. Claiming that statues were so lifelike that they seemed to be alive had been a topos in rhetorical ekphrasis and literary criticism from Antiquity onwards, but around 1800 a fundamental change took place. As a result of Kant's writings on the disinterested nature of aesthetic enjoyment such responses had become increasingly suspect -- Hegel would speak of 'hervontatschelnde Kunstfreunde', or groping art lovers -- and would be dismissed into the realms of hysteria and primitivism. Yet despite the impact of German Idealist aesthetics, museum visitors would continue to enjoy settings in which statues would appear to be alive, and seek out the uncanny frisson of the inanimate seeming to be alive. The torch-lit visit and the tableau-vivant would remain very popular until the 1830s as the occasions for such experiences.
In my talk I will first discuss a series of accounts of such viewing of sculpture to understand the contemporary dispositif imaginaire that would encourage viewers to let go of their normal awareness that statues are inanimate blocks of stone and to engage instead in all kinds of imaginative scenarios in which the statues appear to be alive, sentient, conscious, and endowed with an inner life and biography. In the second part I will then attempt to historicize the awareness of the three-dimensional, embodied nature of sculpture by viewers such as Herder, Goethe or Bötticher. They move away from notions of three-dimensionality taken from art theory, and in particular from the paragone tradition, that concentrate on visual perception and instead move towards theories of empathy and embodiment that take their starting-point from bodily engagement and imaginary involvement.