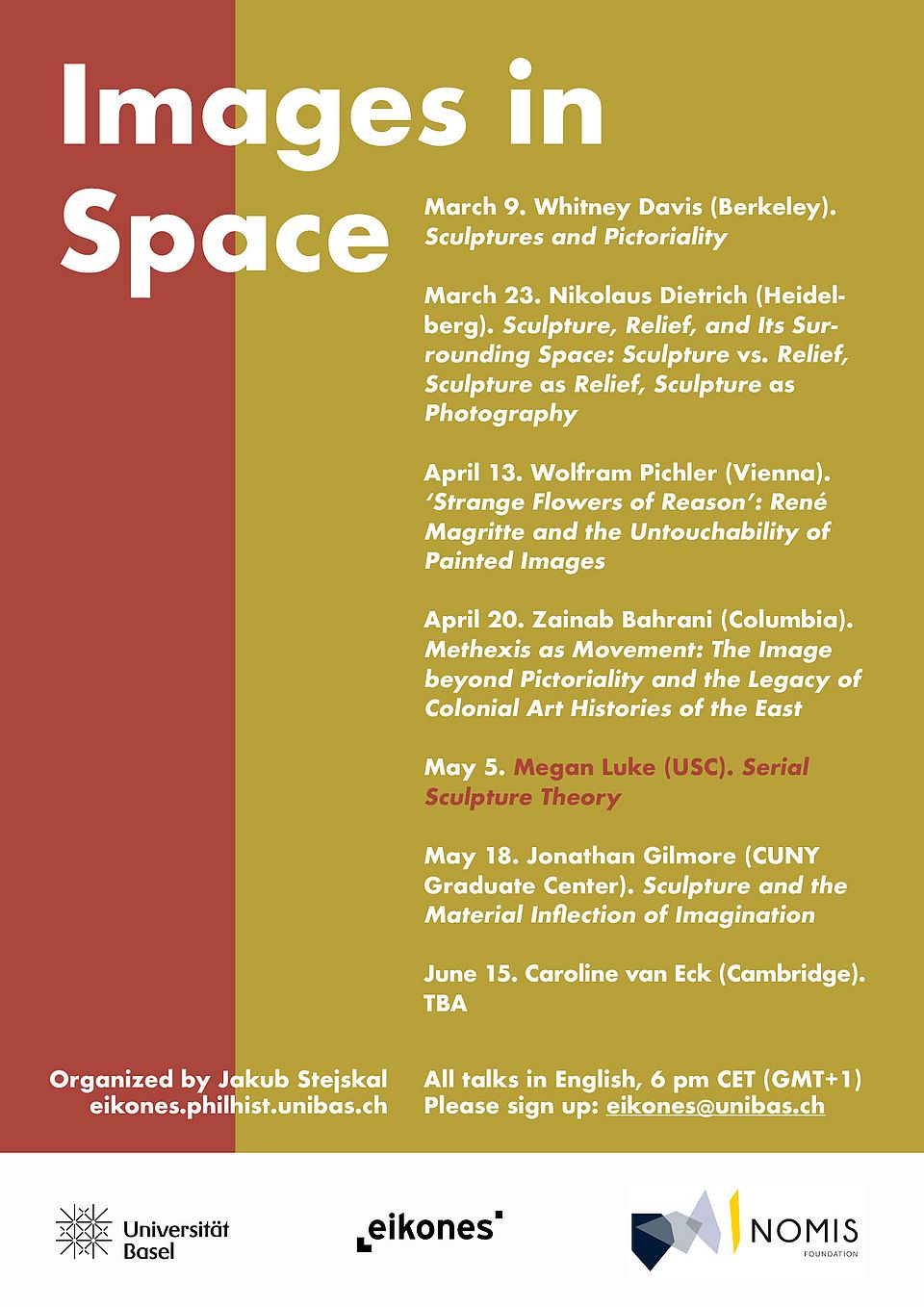 Abstract: Seria Scculpture Theory (from Megan Luke)
At the turn of the twentieth century, a new industry in three-dimensional facsimiles coincided with photography’s transformation into a mass medium, fundamentally changing how sculpture was both made and interpreted. The same photo-electric technologies that reinvented sculptural production newly visualized and reconfigured its history for expanding audiences, with radical consequences for our understanding of how sculpture gives shape to time. This talk will focus on the development of a modern theory of sculpture in Germany in an age of mass reproduction and as a consequence of the accompanying crisis of historicism. In this period, sculpture could no longer be conceived as a fully integrated body whose autonomy corresponded to that of the beholding subject. Instead, it became an art that choreographed the viewer’s experience of space, uniquely registered the mutability of surface, prompted reflection on the status of its own objecthood, and negotiated the imagined perils of fetishistic attachment. Within the spaces of the museum and the photobook, sculpture came to signify an atavistic impulse at the heart of a disenchanted modernity. Indeed, precisely because the integrity of sculptural form appeared to disintegrate into countless copies — to be everywhere and nowhere at the same time — its capacity to reanimate the past in perception intensified. At stake in this paradox, then as now, is sculpture’s claim to serve as a repository for collective memory and as a vehicle for the democratization of aesthetic experience.