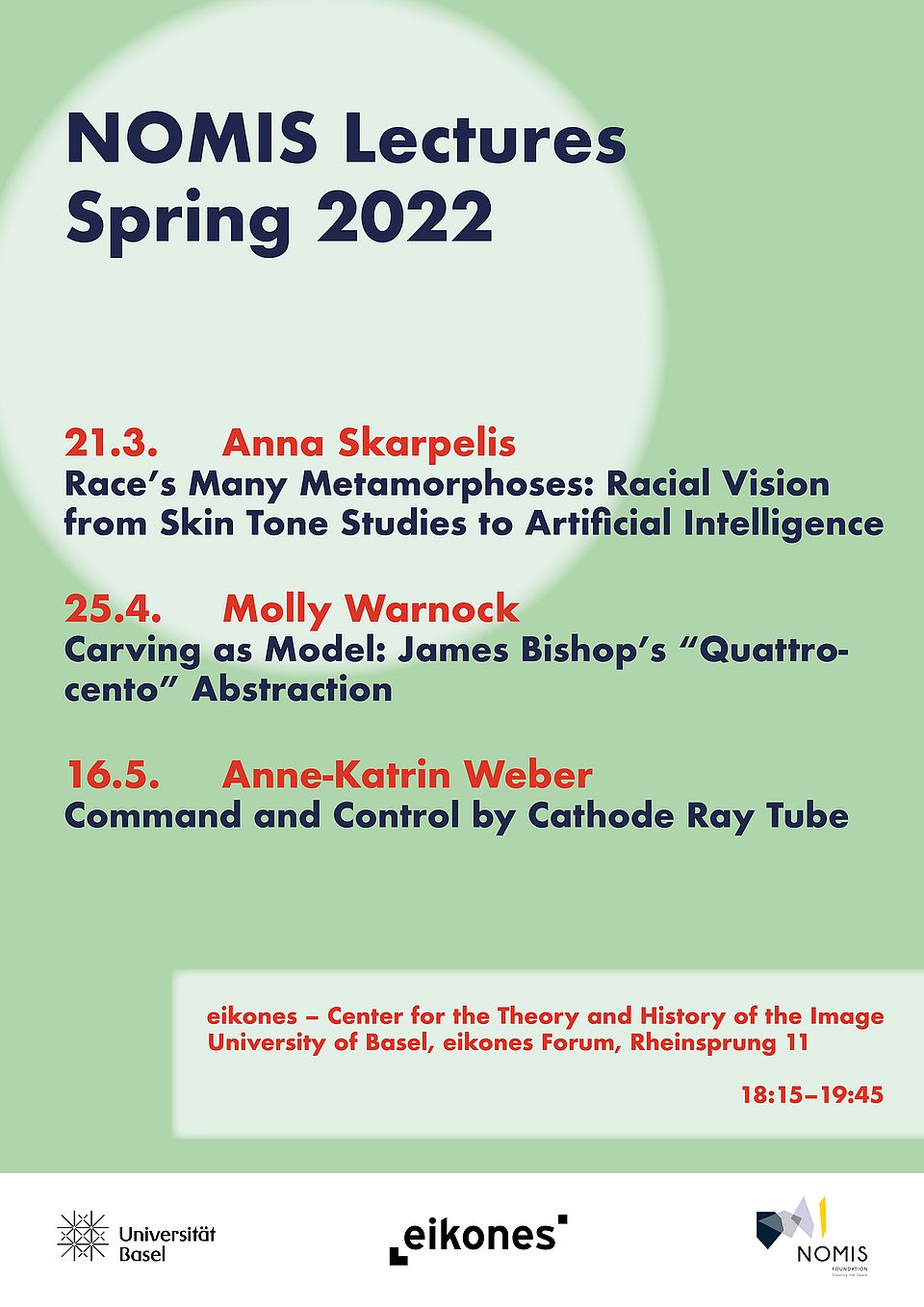 From the late 1930s on, in parallel to ongoing research on domestic broadcasting TV, major telecom corporations as well as small manufacturers in Europe and the USA imagined, and subsequently developed, “useful” applications of television. Conceived as a closed-circuit system (CCTV) constituted by a camera and a screen connected via cable, these televisions first served early tests with teleguided bombs and drones, before they would find their way into postwar factory floors and nuclear plants, in hospitals and schools: as tools for surveillance, control, and remote observation, televisual closed-circuits would fit in almost every non-domestic space.

The lecture analyzes the adaptability of closed-circuit technologies to military, scientific, and commercial interests by concentrating on CCTV in Switzerland between the 1950s and the 1970s. I discuss in particular the case of the Eidophor, a CCTV-projector sponsored by the chemical company CIBA, and sold to private and governmental actors including Swiss universities and the NASA, military subcontractors and broadcasting stations. Following the Eidophor’s myriad histories, I map the entanglement of (audio)vision, war, and capital at the core of the closed-circuit’s operation as an electronic instrument of control and command.